By Dr. Aberra Molla (በዶ/ር ኣበራ ሞላ)
Ethiopia has its own ancient alphabet. According to the beliefs of the Ethiopian Orthodox Church, Ethiopic or Geez is one of the ancient alphabets and languages. The first human to use the alphabet is believed to be Henoch of the Old Testament. Henoch supposedly wrote the Book of Henoch in Ethiopic around c. 3350 BC. In the Ethiopian Orthodox view, the Book of Enoch (መጽሓፈ ሄኖክ) was written in Ethiopic by Enoch, considered the oldest book in any human language. The original forms of the letters themselves were said to have been invented by the even earlier ancestral figure, Henos.
History
Ethiopic is an ebugida meaning that each symbol represents a consonant and vowel combination. The symbols are organized into classes and orders of similar symbols, which are associated with similar sounds. The symbols are organized on the basis of both the consonant and the vowel. Ethiopic is written left to right across the page. These Ethiopic characters have evolved over time from more ancient forms.

There is archeological evidence that the proto-Geez alphabet existed before the 9th century BC especially during the D`mt (ደኣማት) Kingdom in Northern Ethiopia. The ancient character set existed as the Heleheme series having only a first order. The first and last syllographs of Geez, He (ሀ) to Pe (ፐ) are relatively the same in Ancient Egypt as the first and last main Hieroglyphs. The order of the Geez system has remained the same for roughly 3000 years. Some believe that the first character set was an ebugida.

Others even claim that the classic Ethiopic with its seven vowel expansions was in existence before 3000 BC. Still others claim that Ethiopic is a Sabean alphabet. It is thought by some that it was during the Axumite Kingdom of around 340 AD that the alphabet gained the vowel forms and started to be written from left to right.
Each character has its own numeric value.

(From: The Comparative Origin and Usage of the Ge’ez writing system of Ethiopia, 2001)

The Axum Stone
Languages
Translation of Bible books into Ethiopic, the ancient Semitic language, contributed to the development of the syllabic alphabet. Gradually, the Geez language started to lose its prominence and now remains primarily as a liturgical language of the Ethiopian Orthodox Church. Around the 13th century AD, Amharic became the dominant language. As a result, more characters were added to Geez primarily through the influence of the Hamitic languages. In the 1800's the Bible was translated to Amharic and later to Tigrigna and Oromo languages. Since then Ethiopic has added more characters as more languages began using it.

Ethiopic, an abjad abugida syllabary, has been in use by numerous languages of Ethiopia such as Agew, Amharic, Bilen, Geez, Harari, Me'en, Sebat Bet Gurage, Silte, Tigre and Tigrigna. The Bible, complete or in part, has also been published in Ethiopic in most of the above languages and others such as Gedeo, Hadiya, Kembata, Oromo, Sidamo and Welayta languages since 1513. Character Sets
The Ethiopic character set has numerous subsets with their own character sets. It includes the Geez language set.


The most commonly used Geez is the Amharic alphabet. The picture above is Amharic characters and numerals without the "V" series. Apart from this "Classic" set that was popularized by Tesfa Gebresellassie Printing Press since 1917 E.C., there is now an "Abridged" (Haddis / ሃዲስ) Amharic set.
Syllables
Syllables have their own names.
Symbols
Numerals
The digits have their own names. An example is available at: http://www.ethiopic.com/ETHIOPIC/numerals.htm
Notation
Pronunciation
Ethiopic is a syllabic alphabet and each character represents a separate sound. However, there are a few characters that represent the same series of sound.
The characters are related in three dimensions.
I. The first order characters have simple or the basic character shapes.
II. The other order characters have dashes, circles, etc. additions in almost a uniform pattern for orders.
III. The pattern of the sound of the characters is the same within an order.
ሀ     HE - as in hurt

Some Ethiopic users have drifted from these basic dimensions and problems have crept in to the usage of two groups of first order characters. Characters involved in this error are "ሀ", "ሐ", "ኀ", "አ" and "ዐ" as these glyphs erroneously share the sound with their respective fourth order form varieties. Ethiopic characters do not share sound across orders and thus "ሀ" and "ሃ" as well as "አ" and "ኣ" do not share the same sound. First order phenomes are expressed by opening the mouth only slightly while fourth order phemones are relatively more explosive requiring more opening of the mouth. The true sound of the Geez "አ" is "EA" as in "earth". "ኧ" is "EWA" It is most likely confusion with the wrong usage of "ሀ" as "HA" (instead of "HE" or "ኸ") that forced Unicode to refer to "ሃ" as "HAA" to differentiate it from "ሃ" or "HA". It is because "ሀ" and "ኸ" share the same "HE" sound that "ሃ" and "ኻ" share the "HA" sound or "ሆ" and "ኾ" share the "HO" sound.
Another example is the wrong spelling of "Abeba" as "Ababa" probably on the assumption that "በ" should be spelt as "ba" if the spelling of "ሀ" is "ha". The right spelling of "Addis Abeba" is "ኣዲስ ኣበባ" in Amharic and "Addis Abeba" in English. This is also the way I knew it in my geography lessons. This misspelling has also metastasized and an instance is "Asmera" spelt as "Asmara". In the near future Ethiopic will take advantage of speech and character recognition. This is thus the time to tackle the misunderstanding and rectify the Amharic and English errors, at least for the new smaller sets and digitized documents.

The Ethiopic Glyphs:
The glyphs are very close to the Latin alphabet in shape and size. The set consists of syllables, numerals, symbols and notation marks. There are typefaces, but no capitalization.

The Sorting Order
A good working example of Ethiopic sorting by Elfalem is available at http://elfalem.tripod.com/.
Ethiopian Multiplication

The Ethiopic Printing Press
The introduction of the printing press around 1900 encouraged the proliferation of books. Books and newspapers were printed using type-setting technology. Type-setting provided a fairly faithful reproduction of the Ethiopic characters, which prior to the introduction of the printing press, were written by hand. Type-setting is similar to utilizing the "a", "b", "c"...characters except for the use of the "ሀ", "ሁ', "ሂ"... characters.
Ethiopic Computerization
With the advent of computer technology, it became possible to efficiently produce printed documents having Ethiopic characters without the use of the a printing press. Dr, Aberra Molla developed a method of rendering a greater variety of Ethiopic characters in the 80's. A single Ethiopic or Geez set was distributed on character sets equivalent to more than eight English character sets. Dr. Molla's method included using the function keys to alter the font in which a default character is rendered. The different fonts indicated, by convention, that different character orders were specified. Two new layouts were presented to go along with his novel use of the computer. One was close to the Amharic typewriter layout while the characters were Ethiopic. The other was somewhat similar to the Ethiopic character sound of the English keyboard characters. The first Ethiopic publisher for DOS with which Ethiopic was computerized was released in 1987 as ModEth. In 1993 the concept was moved to EthioWord, an add-on to Microsoft Word for Windows.

The Amharic character set has some redundant series with similar sound. These redundant characters were assigned to the symbol keys until they were recently moved to the vowel keys. Each of the more than 564 glyphs are typed with no more than two keystrokes. The set includes Latin characters and novel glyphs.
The Amharic Typewriter

In 1714, Henry Mill obtained a patent, number 395, in Britain for a machine he invented that appears to have been similar to a typewriter. http://www.todayinsci.com/M/Mill_Henry/MillHenryPatents.htm
The machine continued to be improved and became invaluable and Emperor Menelik received one. Ethiopians soon realized the need to have a similar machine for the Amharic alphabet and numerous studies and meetings followed for decades. Since the large number of the Amharic characters made it impossible to fit the characters on the keys of the English typewriter, attempts revolved around cutting down the glyph numbers. One proposal involved keeping the first order characters only and replacing the other orders with a few characters to be used like vowels just like the Latin system. Another one was to modify the shapes of the characters into a uniform pattern so that the vowel forms look alike and can be changed to their orders by ligating small parts to the first order improved glyphs.  Ethiopian scholars, officials and authors that worked on these projects close to a century include Emperor Menelik, Ato Alemu Haile Mariam, Ato Areaya Birru, Dr. Aleme Worq, Aleka Kidane Wold Kifle, Blata Mersie Hazen Wolde Kirkos, Leaul Ras  Imru, Ato Million Neqniq, Ato Haddis Alemayehu, Ato Abebe Reta, Ato Zewdie Gebre Mariam, Ato Seifu Feleke, Ato Samuel Terefe, Blata Wolde Giorgis, Engineer Ayana Birru, Dr. Abreham Demoz, Ato Tekle Mariam Fantaye, Dr. Amsalu Akllilu, Ato Leaul Seged Alemayehu, Meto Aleqa Yigezu Bisrat, Ato Fantu Bekele and Ato Amanuel Abreham.
The issue remained unresolved while Ayana Birru came up with an incomplete Amharic set by creating a method whereby characters were created by ligating small parts to glyphs on printing by addition of smaller parts. These incomplete and weird characters did rescue the Amharic characters, even though they were not Amharic, by maintaining uniformity. Recently these fake parts have even been computerized to incomplete Amharic typewriter sets by dozens of individuals who were replacing an ASCII set with some characters and character parts. In spite of all these, attempts to modify the English typewriter print head for Amharic by ligation methods failed while reducing the character numbers or modifying the glyph shapes was equally hopeless and never materialized. Fortunately, these Amharic typewriter glyphs and their difficult typing methods have become obsolete because Ethiopic was computerized by Dr. Aberra Molla and that revolutionized the Geez script. As a result, the long and hard unsuccessful struggles by Ethiopians to use the English typewriter that ultimately became the computer keyboard for use with Amharic became a reality in the 80's and surpassed the imagination of the previous generations of Ethiopians by accommodating more characters and many languages that use the Geez alphabet.
Posted by Unknown at 6:22 AM 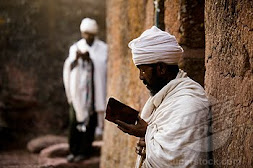 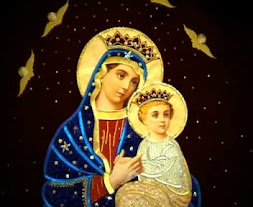